Our focus at Squigl is to amplify messages and stories.

Squigl solves many of the problems of effective communication; attention spans, information retention, and the speed of response. It democratizes communication through easy video creation. It empowers subject matter experts by elevating their text and speech into video with just a few clicks.

But it can always be better.

We set out to improve Squigl in this latest version, and we can’t wait for you to see the results.

Countless hours were spent consulting with customers, product champions, and critics to hear what they had to say. We took the opportunity to find out what they liked about Squigl, the things it was doing right. They also shared where they thought it could be improved. And because people want to be heard, we listened.

There was one foundational theme: the other tools available to them for creating video are built for video & technical experts, not the other 99% of us.

The tools exist to help people create video, but they aren’t intuitive. In fact, the learning curve is quite high.

We’ve come to expect software to be easy, like the apps on our smart devices, phones, and apps. They are built to be intuitive and beautiful. That experience doesn’t always translate into our work or education environments. We’ve come to expect the tools to be clunky and difficult, providing poor user experience.

That’s not good enough for Squigl.

Beyond functionally solving these problems, Squigl needs to be a tool people want to use.

Now, more than ever the divide between work and personal has been blurred as we reimagine the future with Covid19. If you are going to be successful on the project you’re working on, the team you’re supporting, or initiative you’re driving, you need good support.

You should love your work tools as much as you do your smartphone.

We set out to redesign Squigl that is gorgeous, friendly, and geared towards what people need to be successful.

To that end, we’ve focused on three main things that we believe a good product should be:

1. A good product is intuitive

We’ve launched security updates, fixed bugs, and released feature after feature. After a while, the original interface starts showing its seams. Some of these features became part of the fabric of Squigl, but the design was in need of an update.

In this re-launch, we were able to give the most important features the space it deserves so you can create content faster.

The fundamentals of Squigl remain the same, but the new design transforms the way and ease by which users can turn their story to video.

Think about the first time you searched with Google or Bing. You knew what do you without a manual. “Googling” things is so easy. That big rectangle at the top-center of the page. Even our kids immediately get it. It’s intuitive and human-friendly.

Your tools at work should be the same—so intuitive and pleasant that you can use it without any training.

Intuitive doesn’t mean simplistic. A good tool simplifies & streamlines the way we work, allowing us the flexibility to dive into the deep end along the way.

We must look beyond what the software does, to how it does it. With Squigl’s new user experience we focused on the how.

2. A good product is non-imposing

Take virtual reality, or VR, for instance. Many of us have strapped on those heavy headsets and stumble around ‘blindly’ while others watch and laugh for the chance to experience it. It might have been worth it for something so new and different. For some, the first time might be their last, at least until it becomes less imposing.

There’s this quote that’s often misattributed to Albert Einstein. “Any intelligent fool can make things bigger, more complex and more violent. It takes a touch of genius and a lot of courage to move in the opposite direction.”

The quote is actually by E.F. Schumacher, a German-British statistician and economist who is best known for his proposals for human-scale, decentralized and appropriate technologies.

Many video creation tools impose rules, language, organization that is foreign to us. If you’ve never created your own video before, it can feel like the controls to an alien space ship.

Squigl moves in the opposite direction.

It starts with what you know – text you know how to write, or copy and paste.

From there it asks you to match words and images like we teach our children, or it does it for you. This allows you to focus on the meaning and intent of your words. It means you don’t have to learn anything new and can hit the ground running.

3. A good product is fast

When a product is slow, nothing else matters.

When a product is fast, people start using it for many other things than what it was initially intended to do. (Who else uses Google to spell-check a word you’re not sure about? You do that because it’s so fast.)

We partnered with an expert User Experience team and re-platformed the entire application on the latest tech stack. Working with the incredibly talented team at The Makery we identified what users needed to unleash the full power of Squigl.

I should probably have started and ended this section by simply saying, Squigl is faster than ever.

It takes a lot of dedication to make a product great. But we’re committed to this path because we believe it’s how products should be: human-friendly, empowering, and fun to use.

We hope you enjoy using the new Squigl to amplify your story. How to Write a Squigl Script for Your Business Content 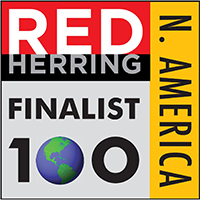